The No Make-Up Movement: A Celebration of Real Beauty

Last month, more than sixty women from around the state participated in “A Celebration of Real Beauty.” Photographers volunteered their time and talent. People of all ages and stages shed the make-up, smiled for the camera and walked away with a new definition of the word ‘beautiful.’ Event organizer Amy Walker explains what took place and what was learned.

In Amy’s words:
I spent 7 years working in the cosmetics industry and I heard first-hand how women talk about themselves! It is not always pretty! I teach a class called “Women of Faith and Strength” and I really wanted to include a segment about healthy self-image. We talk a lot about the media and the effect it has on teenagers. But I think it is even more damaging to hear your mother speak negatively about herself, especially when she looks a whole lot like you. I wanted to teach women to love and accept themselves so they could pass that on to their daughters. Since beauty is such a visual topic, I decided to make a video showing how diverse beauty can be. I originally intended to invite some friends together and take pictures, but it snowballed! I posted the event on Facebook and it spread like wild fire. We ended up with a little over 65 women participating. Our youngest participants were under a year, our oldest were Grandma’s. I received emails from women in the UK and Scotland in support of our event. I was AMAZED they had even heard about it. We had 5 photographers who volunteered their time and talent to take the pictures. They were wonderful. It was so fun to watch the project grow. I realized that women were just waiting for permission to be beautiful just the way they are. They were so excited to participate. When everyone arrived wearing very little to no makeup, it was a little uncomfortable. But by the end of the night, everyone was having fun and really showing the world who they are. After the shoot, I heard from teens that said they had struggled to ever feel beautiful and that it helped build their self-esteem. One woman said it was an important part of her journey. She has spent the last two years learning to love herself and if she could come without makeup, it would give her strength. I also received emails and stories from women who did not participate, but really connected with the message. I have created a teaching guide to go along with the video and hope others will jump on board and help me spread the message! 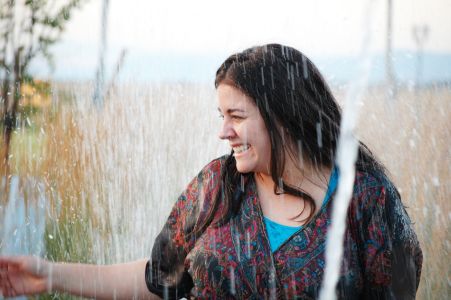 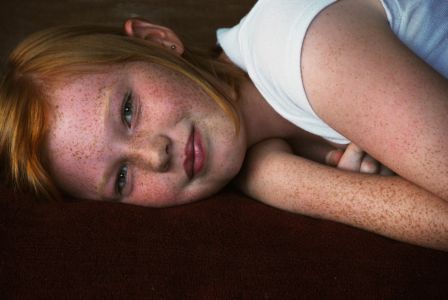 Can you believe it? Mules are back! Here are 4 summer pairs we are loving

Can you believe it? Mules are back! Here are four summer pairs we are loving. Throw and go! These staple summer dresses are less than $30

Fashion that keeps you cool is essential this season. That's why these staple summer dresses are our new go-to! Complexion Perfection: These 3 products will give you glowing skin with little effort

Striving for complexion perfection? These basic beauty buys will get you there, with minimal effort!

Using the word uncertain a lot? Here are some new ways to express that feeling…

Working from home is actually improving our air! Here’s how…

Stop the summer squabbles! This is the secret to keeping the peace at home

How to Keep Hackers Out of Your Home Office System