“It’s probably one of the most exciting projects I’ve ever been involved with,” said Blaine Lutz, finance manager for Centerville City.

It’s a project beginning to take shape in Davis County. A 62-thousand square foot building, to serve as a home and anchor for the arts in that area.

Lutz said the Davis Cultural Arts Center is a dream come true…a dream that has been a long time in the making.

“We’ve noticed over the years there are really a lot of talented people in this area. Arts have kind of grown; it’s in our schools and we have people with a lot of talent,” he explained. “We wanted to make sure they and a permanent home and a place to be able to function for years and years to come.”

The project price tag hangs at just under 13 million. Facility funding is a combination of monies from The Centerville Redevelopment Agency, Davis County tourism and a Recreation, Arts & Parks tax imposed on Centerville and Bountiful residents. Construction began earlier this year. The curtain is set to rise in January of 20-11.

“There’s just a lot that goes into doing a theater, it’s not just putting up a shell and putting up some shelving like a store,” Lutz, said. “With all the stage and rigging and lighting…that will take some time.”

Once completed, the space will include rehearsal rooms, a new 500-seat theater, plenty of storage – even the capability to host multiple events at once.

It will also have what they call a black box, or flex theater, which is a space that doesn’t have fixed seating or a fixed stage, but can be configured a number of different ways, for a number of events.

“We hope it will be able to be a gathering spot, a place for people to just be,” Lutz said. “Our hope is the facility will be a bit of an icon to Centerville so people will think ‘that’s what’s in Centerville besides just a very nice place to live.'” 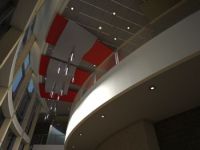 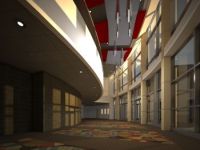 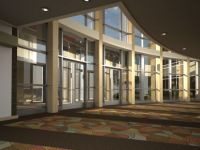 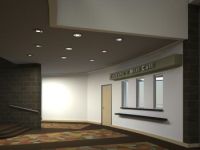 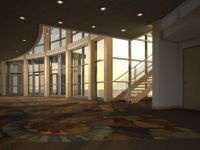