On any given weekend, you can spot the same signs dotting street corners all over Northern Utah. It begs the question, “Who is Mindy Mae?”

Nikki Weeks is the woman behind all of those signs. She is the creator of a traveling boutique called Mindy Mae’s Market. While the name was just a catchy title she liked, the concept is something she felt was needed.

“When you have to get in your car and drive twenty minutes, twenty miles to the next boutique you think: ‘it would be so much easier if it was five minutes away’ or ‘I would shop so much more if it was around the corner,'” Weeks explains.

With a degree in Economics, Weeks recalled during the Depression, home-shop selling was a huge success.

Weeks realized the same small-business boom would surface in our own economic crisis. So, this summer, when a local home builder opened the door and agreed to host a monthly boutique in their model homes, Mindy Mae’s Market set up shop.

“It’s a showcase of talent and artisans and local, specifically, local talent. We draw mainly from the Davis and Weber Counties, so we’re giving an opportunity for these women specifically, and men, to have a place where they can come and showcase and be validated for their efforts, their talents and their abilities,” said Weeks.

“Mindy Mae’s has probably been the best thing for my business.” Kelly Treadway from Modern Blitz Designs said, “Meeting new women who inspire me… and that inspiration takes my business to the next level.”

But Weeks believes the pay-off isn’t just the sell, but the satisfaction of having your talent recognized.

“These women deserve a right to be showcased, a right to be seen and a right to have their talents noticed and that’s what this is,” Weeks explained. “This is an opportunity for the North to kind of allow themselves to be out there and maybe compete a little bit with the South or give the South a reason to come North.”

The next Mindy Mae’s Market will be on December 4th & 5th in Clinton. 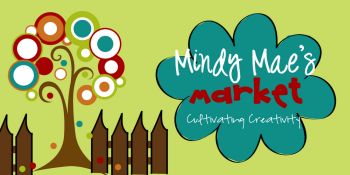